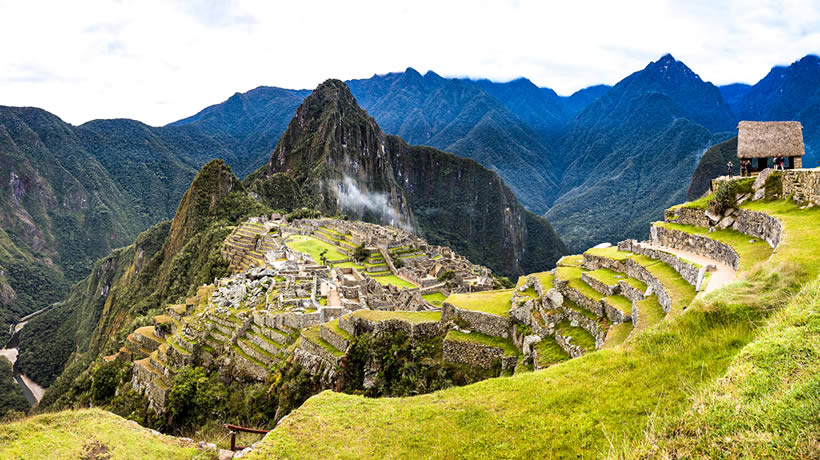 The Historic Sanctuary – National Archaeological Park of Machupicchu (SHM-PANM) is a cultural and natural area inscribed on UNESCO’s World Heritage List. With an extension of 37302 hectares, it is one of the most biodiverse areas in Peru and harbors more than 60 archaeological monuments linked by a complex Inka road network.

The most important monument inside the HSM-NAPM is the llaqta or Inka City of Machupicchu, which was planned and built around 1450 CE during the reign of Inka Pachakuti. Its construction demanded the participation of specialists in architecture, engineering, astronomy, and massive amounts of labor. More than 50% of the work required for its erection was focused on site preparation, the foundation and the drainage system. Its construction responds to the need of the Inka State to have a religious, political and administrative center within a sacred space that is the link between the Andes and the Amazon.

The llaqta of Machupicchu was abandoned during the second half of the sixteenth century; however, it was never lost as it was occasionally visited and inhabited by local farmers. Some colonial documents refer to the Inka llaqta of Machupicchu as the “Settlement of the Incas” or the “Old Village of the Inga Named Guaynapicchu”. In 1874, the names “Machu Picchu” and “Huaina Picchu” appear for the first time in a cartographic document, which was prepared by engineer Herman Göhring. In 1911, Professor Hiram Bingham visited the llaqta and was impressed with its beauty and majesty. The following year he returned with a multidisciplinary team of professionals who conducted excavations and research in the area.

Since the 1930’s, the Peruvian government has been promoting the research, conservation, and enhancement of the Historic Sanctuary and the llaqta of Machupicchu, which represents a masterpiece of art, architecture, and engineering in perfect harmony with nature and is the most important legacy the Inka civilization left to mankind.